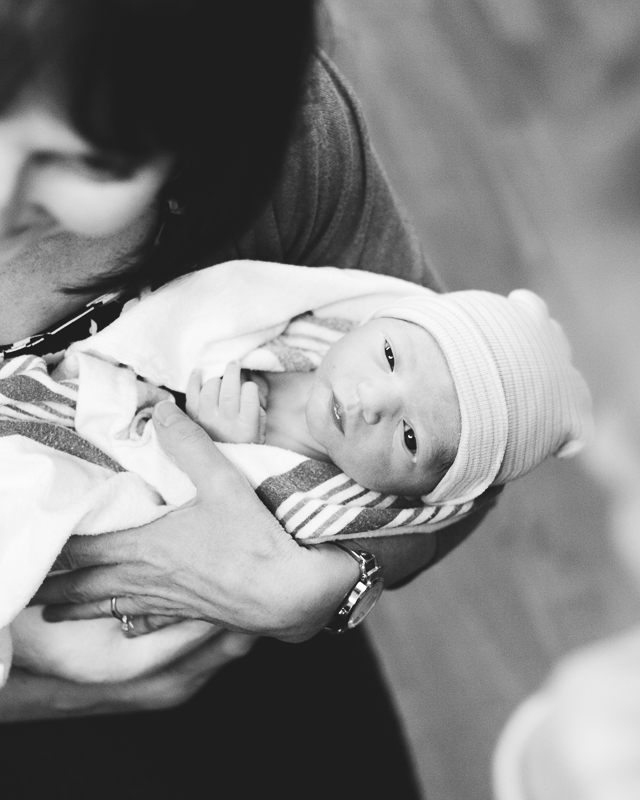 Her birth story was, thankfully, uneventful. We showed up at the hospital at 6am to get induced. They took things kind of slow and steady to avoid any problems. So, it was a lot of waiting…. 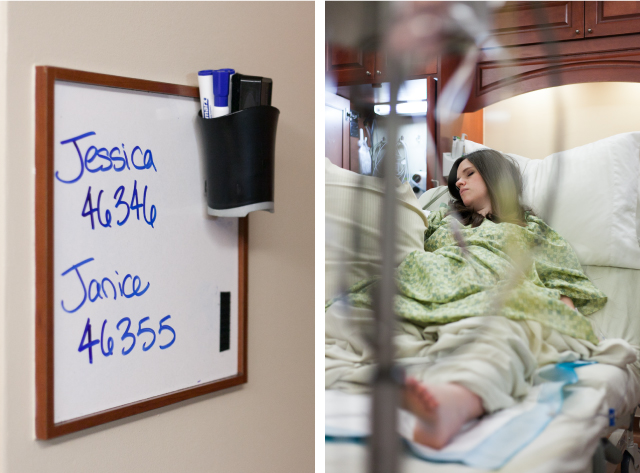 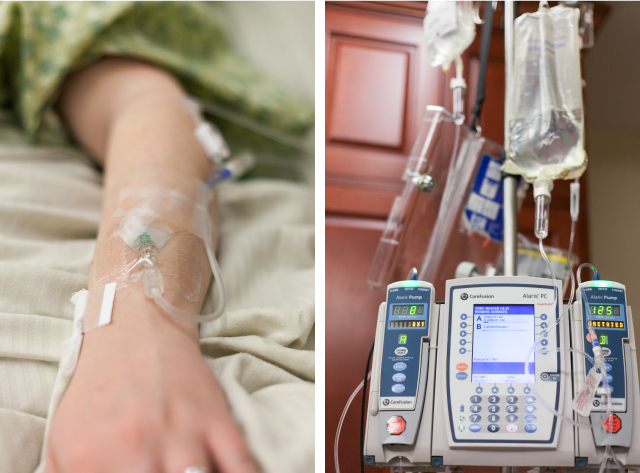 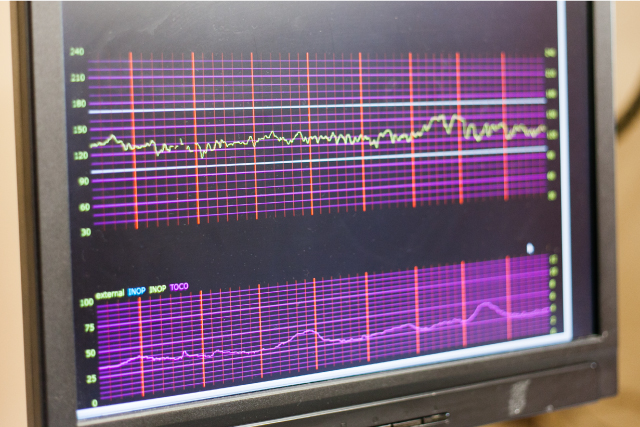 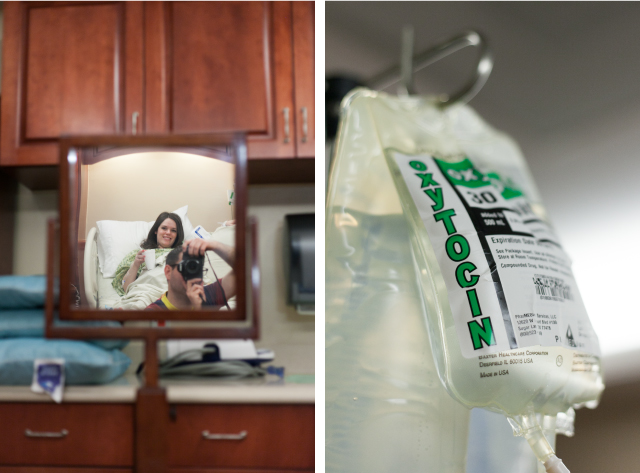 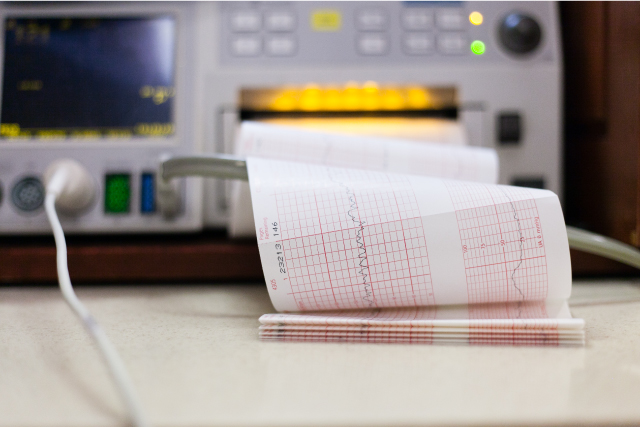 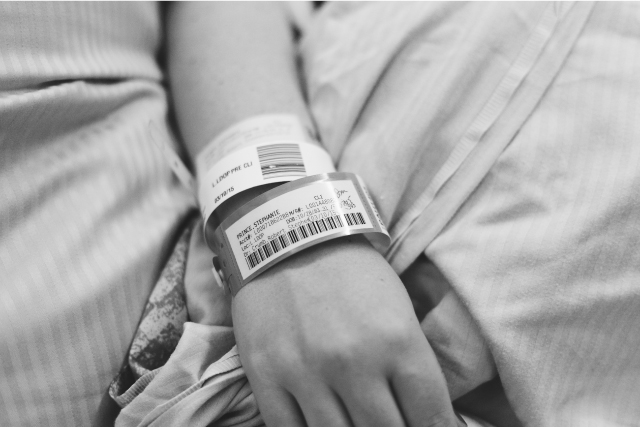 Around dinner time my doctor predicted a delivery around 11pm. I told Eldon to go ahead and get some food. Well, things moved faster than planned, and Eldon had to run back to the hospital (literally RUN since he had walked to a Mexican restaurant a mile away!). The nurses and doctors were all wonderful. We couldn’t have asked for a better delivery. Soon after, my parents brought Sophie and Ellie to the hospital to meet their new sister. 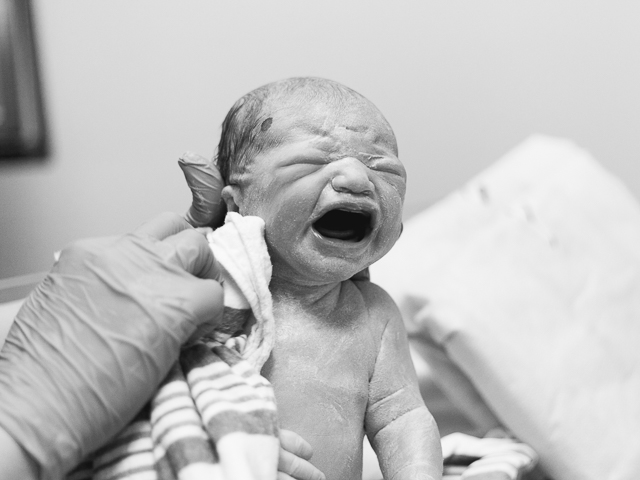 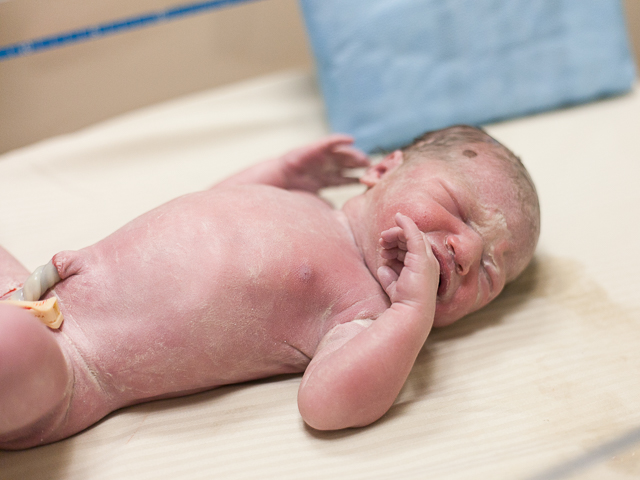 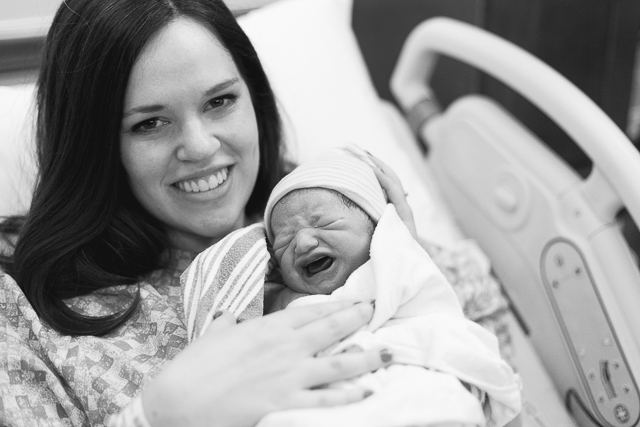 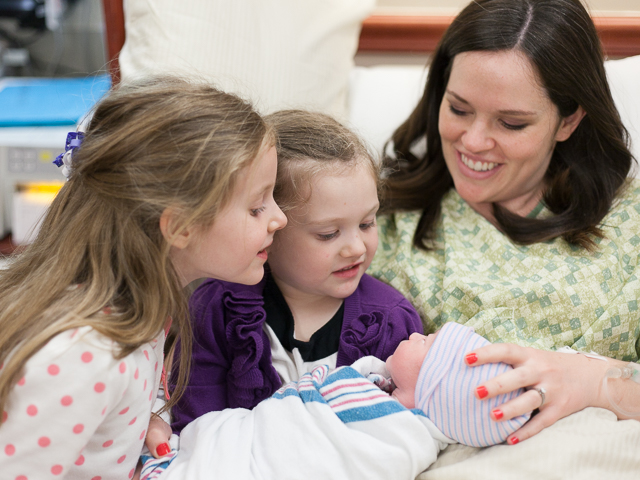 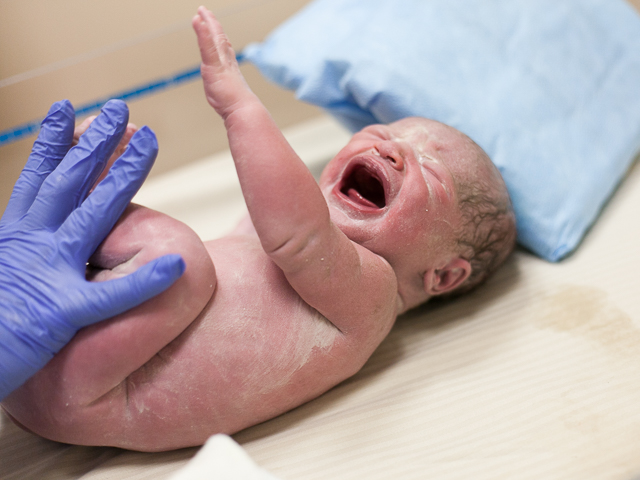 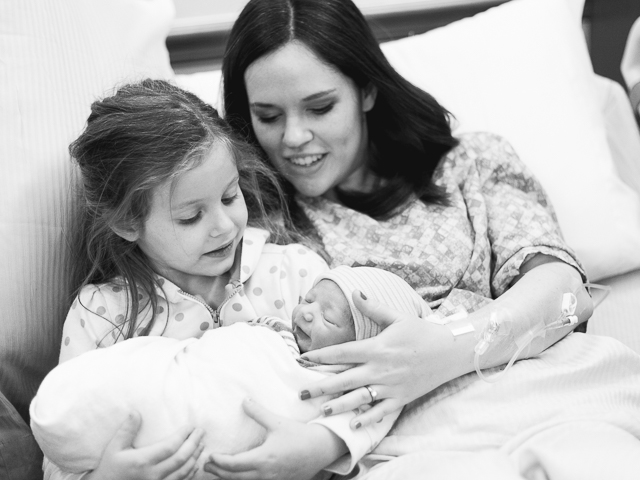 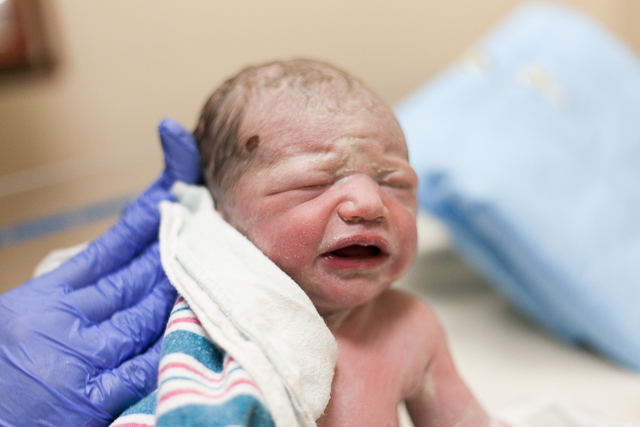 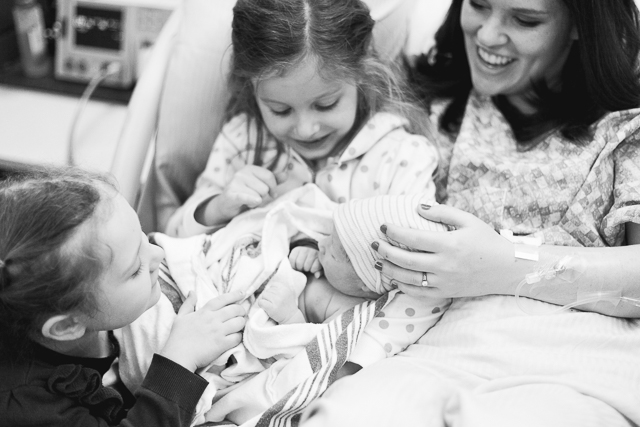 Having a newborn again is really hard! As difficult as everything was with Goodwin last time, it still doesn’t diminish the work and exhaustion of a newborn. But, we are so happy to have her here. She is pretty docile and doesn’t cry much. It’s a little hard to tell, but it looks like she has blue eyes like the girls, but her hair is much darker. 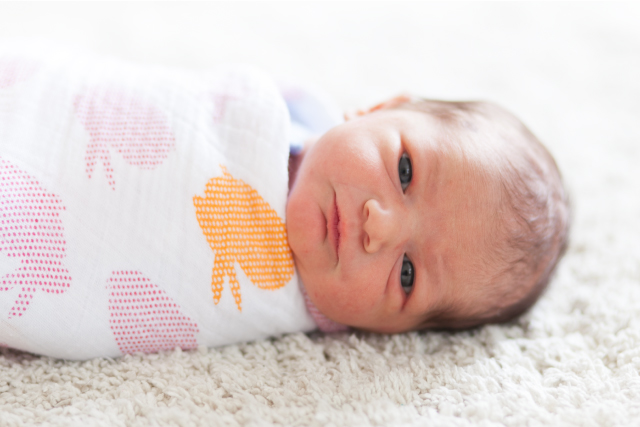 So, a little bit about her name…. It wasn’t until the third trimester that we really started getting serious with the name game. We tried on a few vintage names, and finally settled on June, but both girls strongly objected. About two weeks before her birth, Eldon suggested the name Violet, not realizing that Violet is my paternal great-grandma. Violet Richards was quite the lady and the ideal homemaker. The girls loved the name at once, so we kept it! 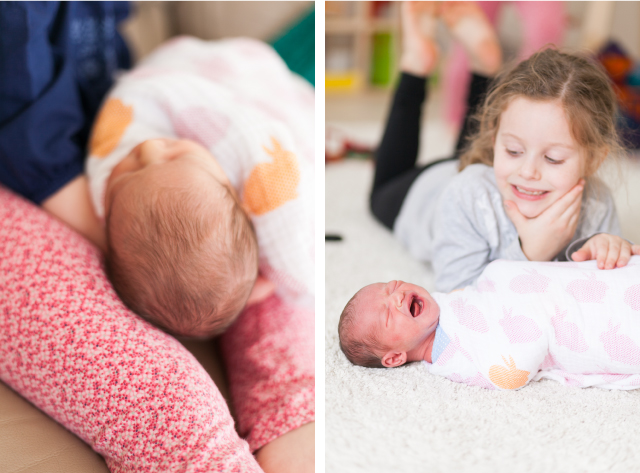 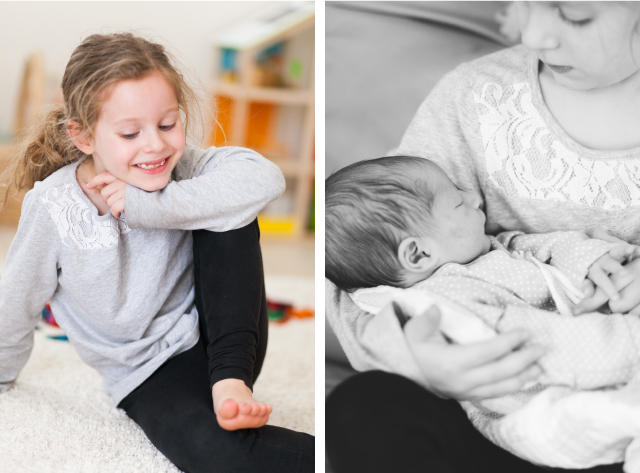 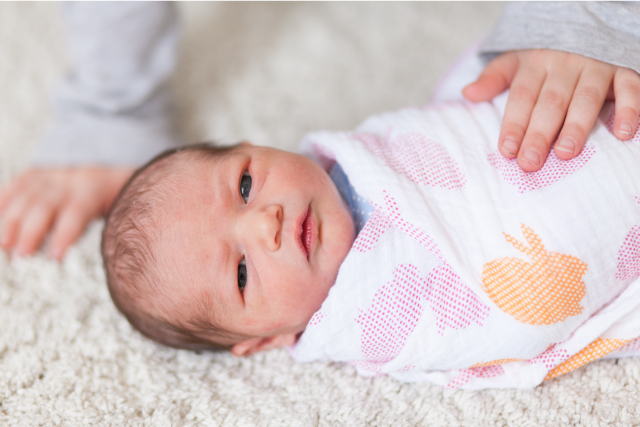 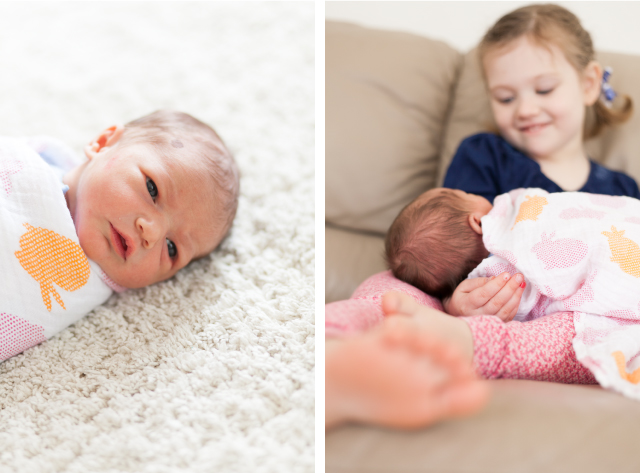 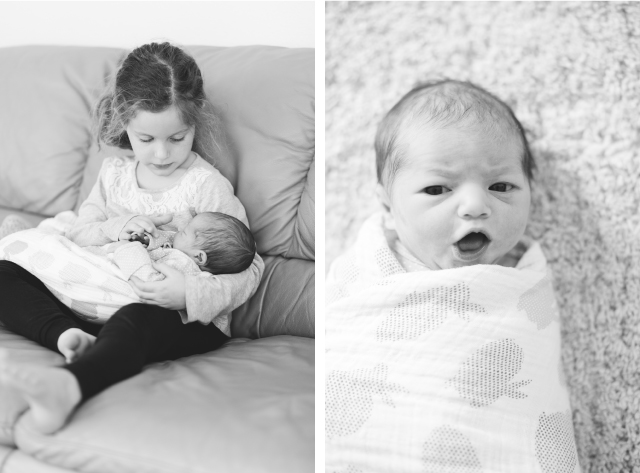 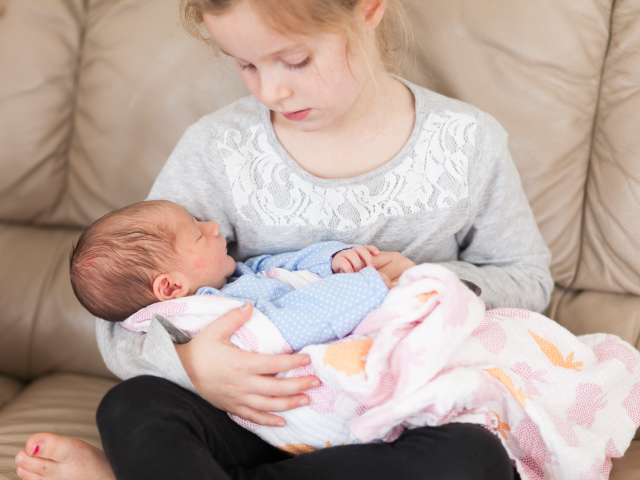 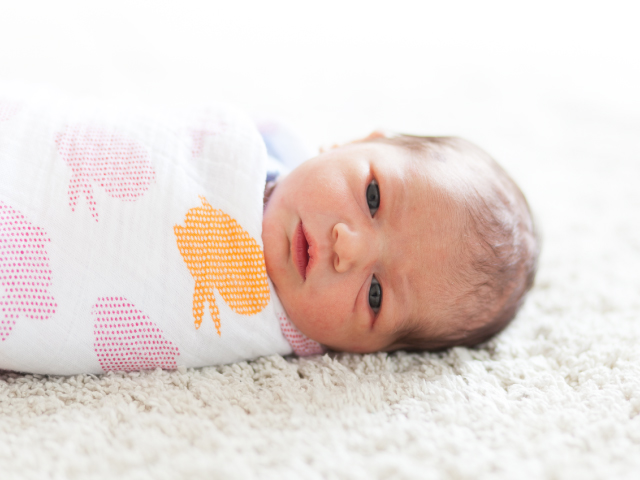 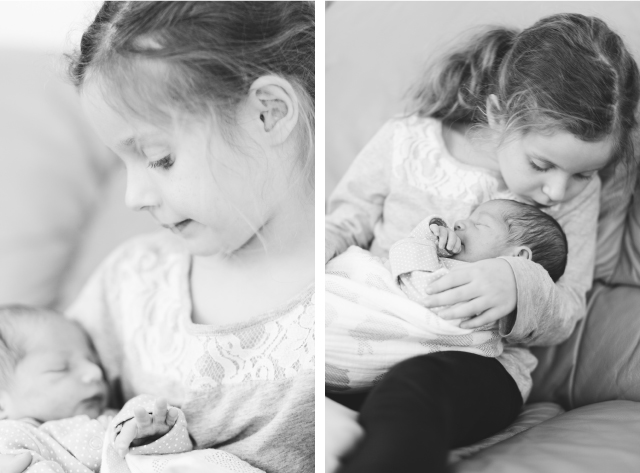 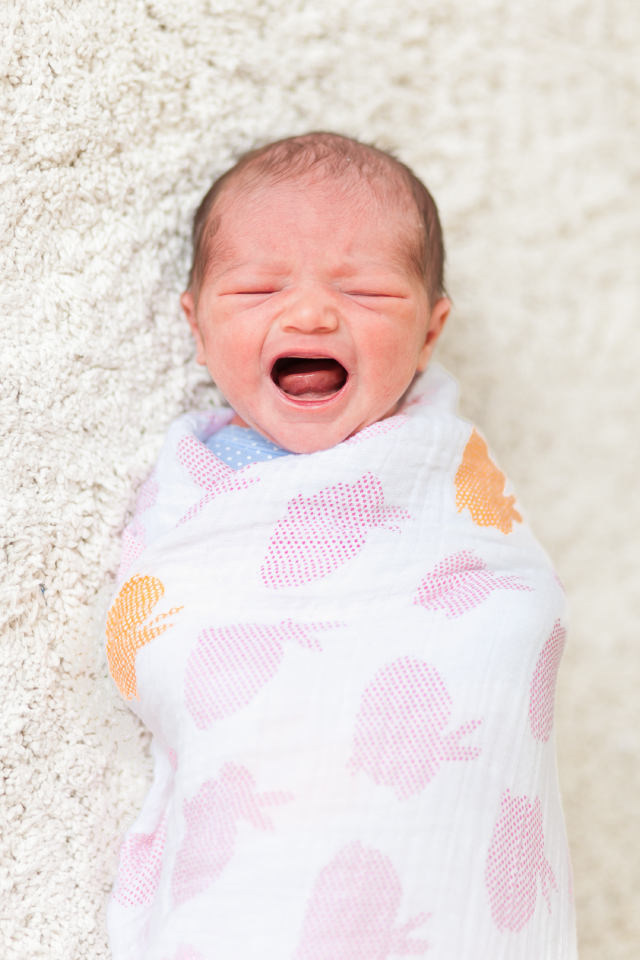 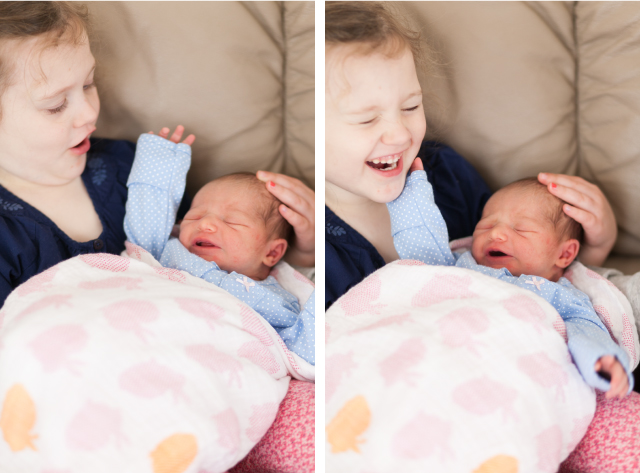 Eldon provided all the photography in the hospital, and I snapped these when Violet was 3 days old. 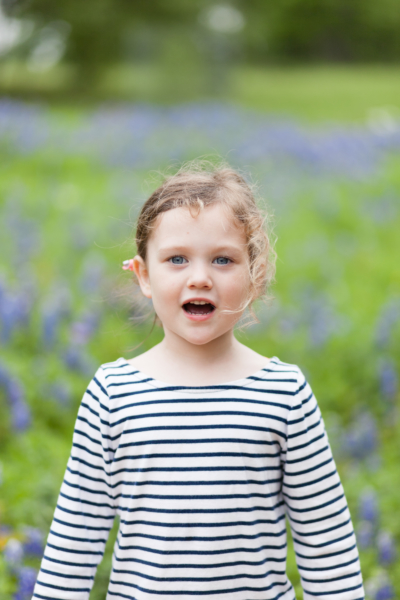 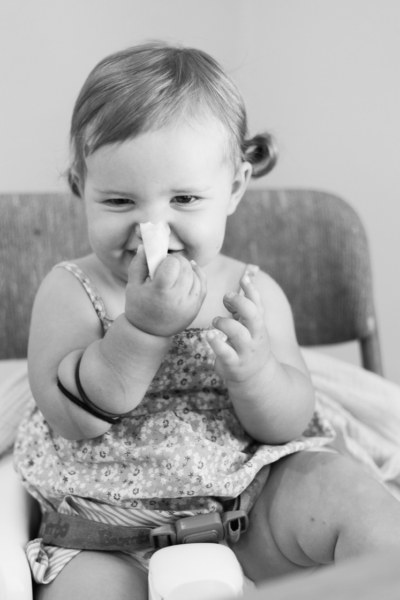